We have two international airports really close to the Lodge, being Ljubljana in Slovenia (50 mins) and Trieste in Italy (45 mins). Maribor airport in North Slovenia is also only 100 mins away!.

Breaking News: Trieste airport has had a major infrastructure overhaul.. The closest international airport to the Lodge has built massive car parks, a train station (so now you could go directly into Trieste by train), bus station and lovely shiny escalators everywhere! They are clearly looking ahead and see themselves, quite rightly as a major route into Green Slovenia. We wouldn't be surprised if lots more connections & flights appear, so watch this space and congratulations to Trieste airport! 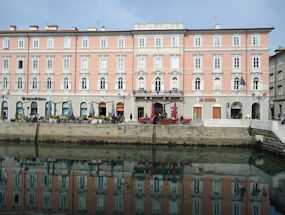 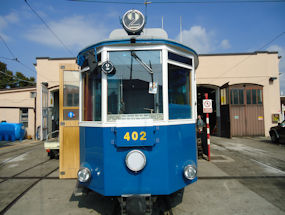 Due to excellent motorway connections and our central position, there are lots of other larger airport options. Depending on where you are flying from and which airline can give you the best price, these other airports may be a better option.

There are new connections opening all the time, particularly to Venice, so it's worth checking your local airport to all these connections we mention before you book, but we are also very happy to help you find the best flight option or connection. Please just e-mail us your home city and dates for travel to Info@lipizzanerlodge.com and we can suggest the best current option. We can also pick you up from any of these airports below and if you are renting a car, we can recommend some nice places to stop off on your journey here.

Airport Pick Ups
We charge you the lowest possible price we can for your pick up. This is the cost of fuel plus €20 per driver hour, (so for example, Ljubljana airport is about 1 hour to the airport and 1 hour driving you back = 2 hours, so the cost each way would be €40 + fuel €15 = €55 ). There are lots of airports to choose from, so please check our pick up price with us at info@lipizzanerlodge.com and book your pickup in advance when you know your flight details.

And if there is a group of you or you have a lot of luggage then we can recommend a really good local minibus service and get you a quote depending on where you are coming from.. Please just ask!

Here is a list of cities you can fly from to get to Lipizzaner Lodge.

The main Airline flying to Ljubljana is Adria Air (Slovene national airline).. if there is another airline option, we put + "Airline name" and a direct link to their website.

(The Italian motorway toll is only a couple of Euros from Trieste, you can avoid this by taking the main road through Trieste, which is prettier, but of course longer)

(The Italian motorway toll from Venice to Trieste is a little over 10 Euros, the roads are mainly straight and in very good condition)

(The Italian motorway toll from Treviso to Trieste is a little over 10 Euros, the roads are mainly straight and in very good condition)

You can fly to Klagenfurt from (London) Stansted with Ryanair or from Cologne/Bonn with German Wings.

You can fly to Pula from (London) Heathrow with British Airways.

You can e-mail or phone us in English, en français, auf Deutsch, suomeksi, in italiano, på svenska or v slovenščini!
(We will reply to every inquiry within 24 hours).
SLOVENIA Weather